For details, click on any image...
Puerto Chacabuco is a relatively new port city. In 1991 a savage wilderness fire and the eruption of nearby Mount Hudson volcano silted the Aisén river and blocked access to Puerto Aisén which caused the construction of a new port in the sleepy village of Chacabuco some 10 miles south of Aisén. Transition's fattening up Chacabuco and its population of 1,243.

However, the town's location along the far side of the Aisén river is magnificent.

Daytime temperatures dropped about fifteen degrees, on average from Santiago mid-day 90 degrees to Puerto Montt and another ten degrees in Puerto Chacabuco. The town's weather is wet much of the year, but in mid-summer-January that still left us wearing heavy jackets over long sleeves in the port's morning which we ditched by late afternoon.

And what's to do in Chacabuco? Well, just about nothing. So we engaged an old VW bus-like ride to visit the new National Simpson River Park.

The trip did reveal the life style of people living along rural Route 240 as well as structures in both Chacabuco and Aisén. 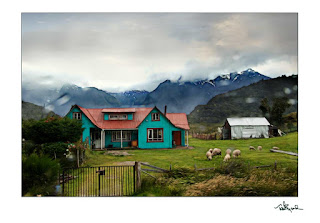 Generally the people are NOT poor. Rather they live in tidy, secure, and comfortable structures in a rocky countryside dotted by small livestock farms. NOTE the canted metal roofs in all of the structures above. Why? Tons of snow of course. Note also the lack of foundation shrubbery which is always destroyed by the collapse of snow upon them from those roofs. This is a challenging place in winter.

The last President of Chilé kicked off an expensive (and not overwhelmingly popular) series of national parks. One of the newest is the Parque National Rio Simpson. Which features, well, some wild flowers and the Simpson River.

The trip up to the park though wound cooly through valleys alongside a rushing stream fed by waterfalls dropping from the peaked walls of the old Pioneer Trail.

A Levittown development's happening there with perhaps a hundred homes going up. Chacapuco's about to change as its expanding port juices economic activity. This image captures the transition right before it happens. And, of course it's just the painting to bring country life to a chi-chi Santiago, New York, Lancaster, Atlanta, or Viennese up-market condo, right? 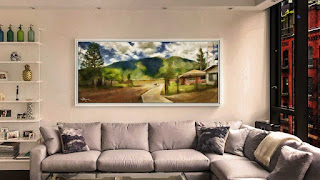 Chacabuco caused one of us to wonder if this is where you flee to escape the rest of the world. Near-antarctic winters are intense and even the summer's are challenging. But the farms and port apparently create jobs and incomes sufficient to live snugly with the weather, volcanos, and earthquakes. It's not hard scrapple, no... but definitely soft scrapple. 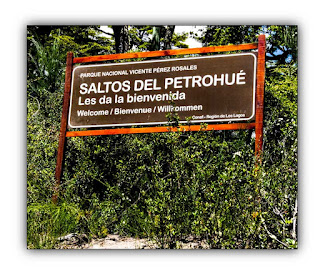 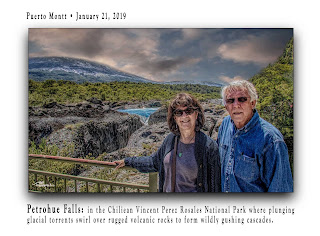 Here's where we began our trek in January of 2018.

Chilé's capital marks the Pacific-top of Patagonia, which forms the bottom 20% tip of South America that Chilé shares with Argentina. Starkly modern: crystal fingers erupt from Santiago's earth like glittery blue nails of a haughty latin diva. She's home to about two thirds of her country's population and fueled by Latin America's hottest economy. The city reflects its searing summer sun glaringly as a mirrored radio telescope faceted with glass and precious latin passions. Neither New York, London, nor Brussels wears a richer cloak of ambitious success.

Geek Stuff: Santiago demands a wide angle lens... It's almost impossible to step back far enough to frame any of her parts. So I screwed my EF-S 10-22mm (f3.5-4.5) onto its Canon 7D Mark II to make sense of her pieces. Then, pulling out a digital pen I sketched out the Square, a multi-tiered neighborhood restaurant, and poked between the shoulders of twin heaven-scrapers to scribble in another tower popping from the ground behind. Everywhere the throb of contractors, taxis, and people-throngs cranked up Santiago's latin pulse. 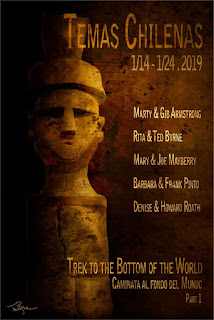