Uganda: A Hole In The Storm Of Heartbreak? 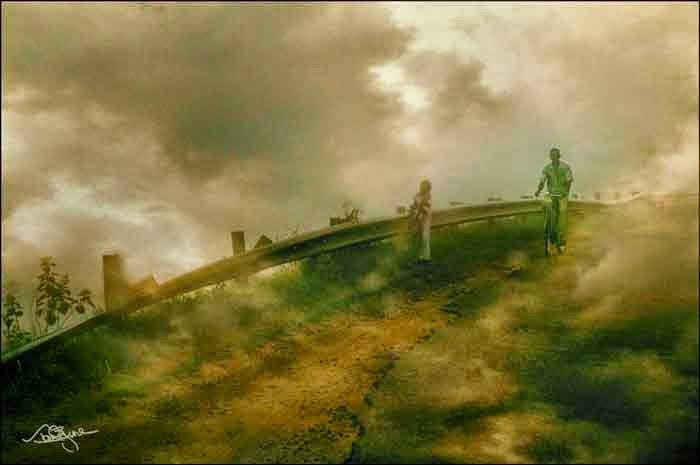 Ida Amin's demagoguery warped the sentiment of Ugandans into their will. Tyrant's snatch power by  turning hope against fact. It's their promises of romantic hope that pummels reality with ferocious storms.

Pedaling exhaustingly above those clouds, do Ugandans wonder now, is the tempest impending or receding? Is this a hole or an end in their storm of heartbreak?

Uganda is as close to Eden as a place might get. High up above the equator, it's climate's fixed in the range we call delightful. Uganda's green, lush, and fertile: Croesus' rich in precious minerals. Everything will grow there but prosperity. It's people have created a place between promise and performance. Perhaps when nature yields without resistance, there are fewer muscles of will to separate reason from madness?

*GEEK STUFF* The image was captured high into Uganda's south-western mountains with my Canon 7D through its EFS 17-85mm (f4-5.6). PP in PS4. The wispy/cloudy texture screens and brushes are mine. I cross processed it in part with AlienSkin's Exposure 4 and my own palette imaginings. And the details were selectively enhanced with Topaz Adjust 5.

Uganda: To The High Plain 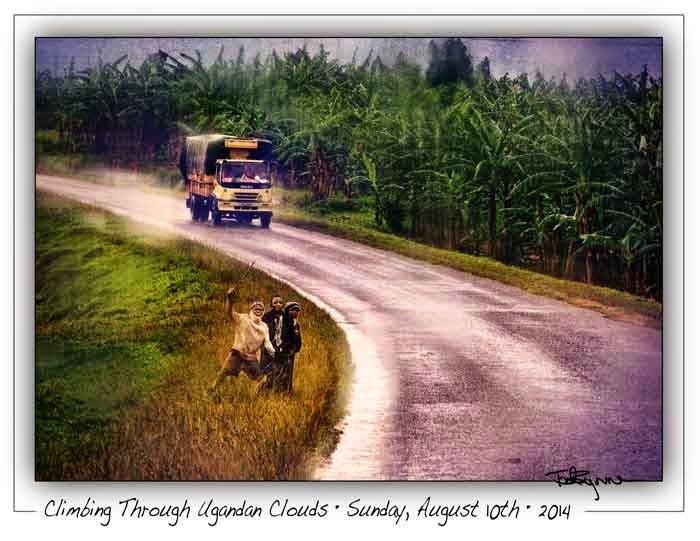 Uganda sits atop a plateau and it's nestled within a rim of mountain ranges that feed its giant lakes and create it's potential to feed all of Africa from rich, dark, deep, moist soil. Climb the western range toward the Congo and there's a high veld… a plain dappled with grasses and tree clusters. Fifty years ago it teemed with marquee animal life. Idi Amin slaughtered much of it.

Since his exile in the late 70s the country's worked to bring them back in protected national parks. On our fifth day in-country we climbed through the clouds to the south-eastern Queen Elizabeth park, the nation's largest.

And along the way children gestured at our white faces.

I captured these boys and truck with my Canon 7D through its Canon EFS 17-85mm (f4-5.6). PP in PS4 painting in localized glows and textures created with multiple layers of Alien Skin's Bokeh2, and then cross processed part of the image in Alien Skin's Exposure 4.I added the gritty grain to emphasize the glowing pieces of cloud.  I finished it with a hint of vignetting and then the borders, text, and signature.

Don't the cloudy mists paint a mysterious patina over the mountain road?

Amsterdam Layover: The Canals of Summer 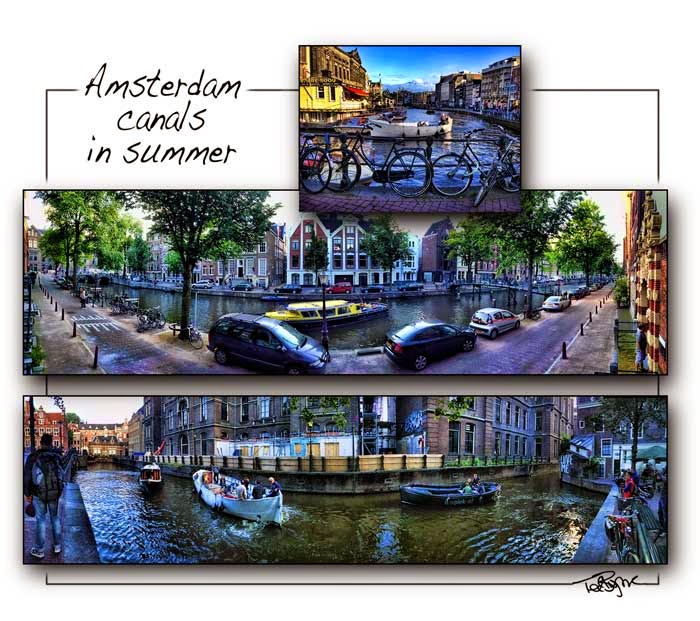 BTW:  Between Newark New Jersey and Entebbe, Uganda - we laid over - both ways in Amsterdam. Uh-huh, two afternoons and nights in Holland's capital. Can't wait to get back for longer. But, still it is astonishing how much we packed into those Amsterdam hours. And how much there is to pack in.

These three snapshots I grabbed with my iPhone. See, to all of my, er, critical friends… I can still take pictures that look like, well, pictures. Amsterdam, like a hot woman, really doesn't take a bad picture.

Did I go to the legendary Red Light District? Heh heh… wait and see, K?
Posted by Ted at 9:02 PM 2 comments:

Uganda has Africa's highest birth rate. The population about doubles each decade. That's a problem that also makes it the youngest nation on that continent, and perhaps the world. There is apparently a law in the country. I mean, there must be. There must be legislation forbidding ugly people from leaving their homes. Here's what I mean… (click on an image to expand it, K?) 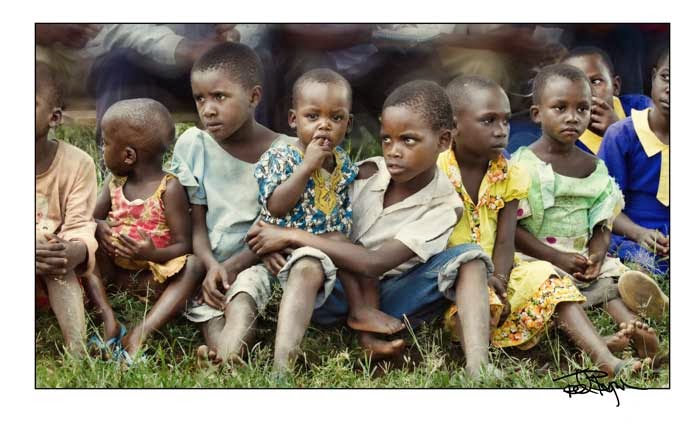 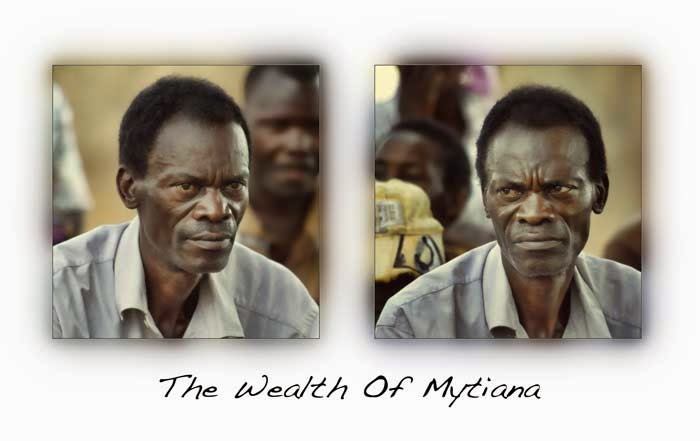 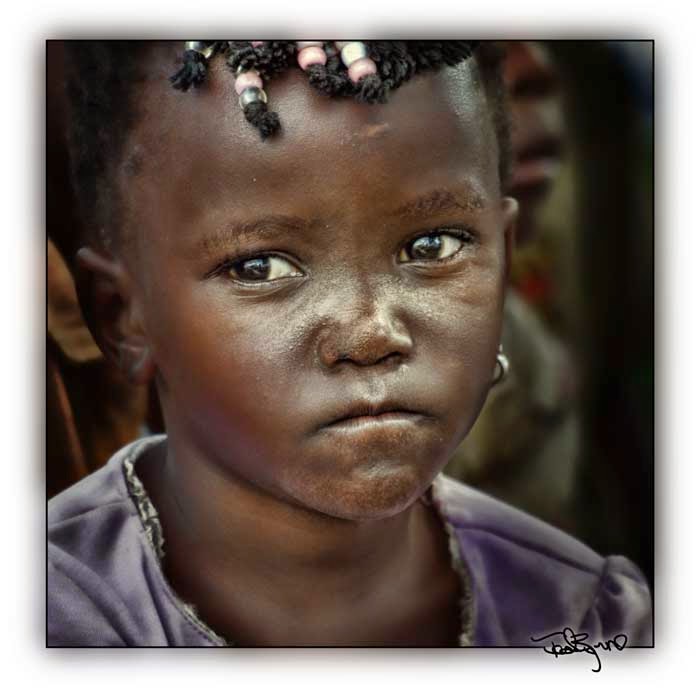 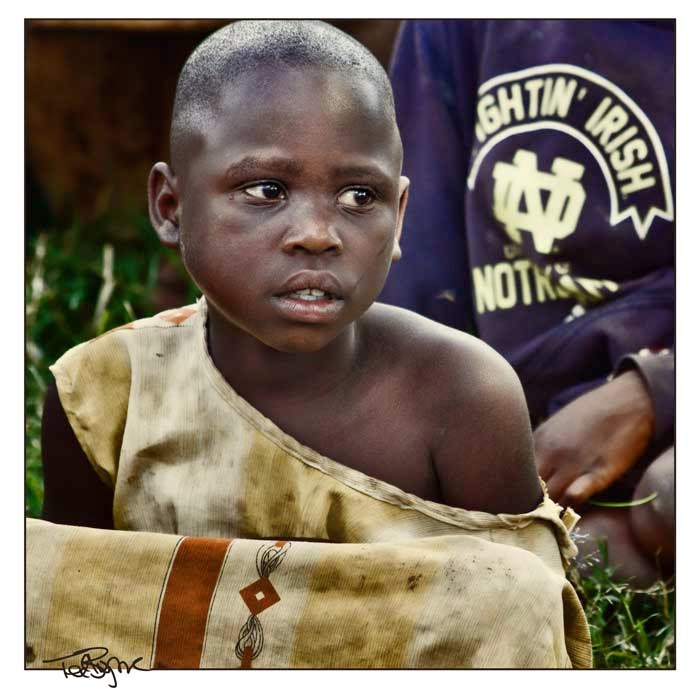 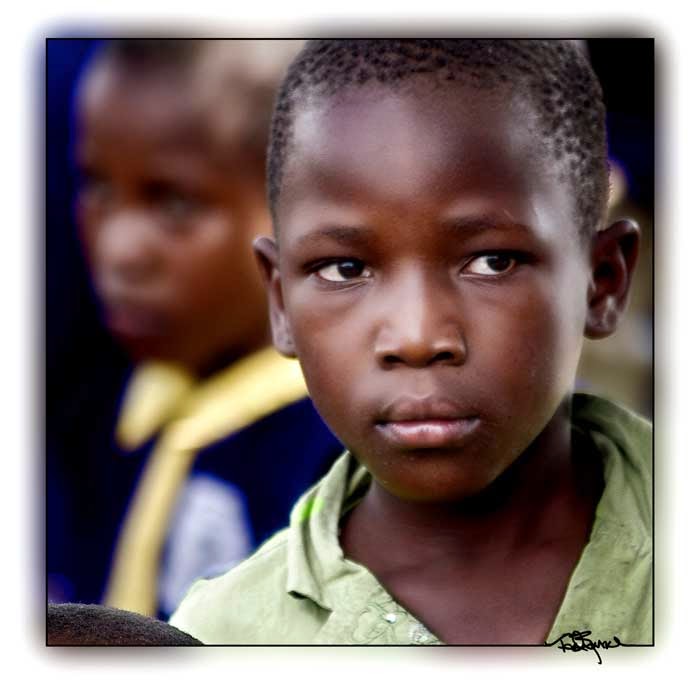 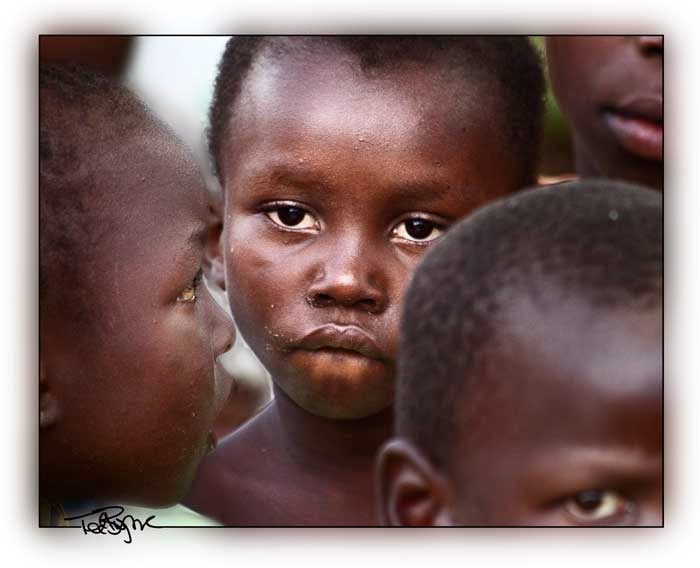 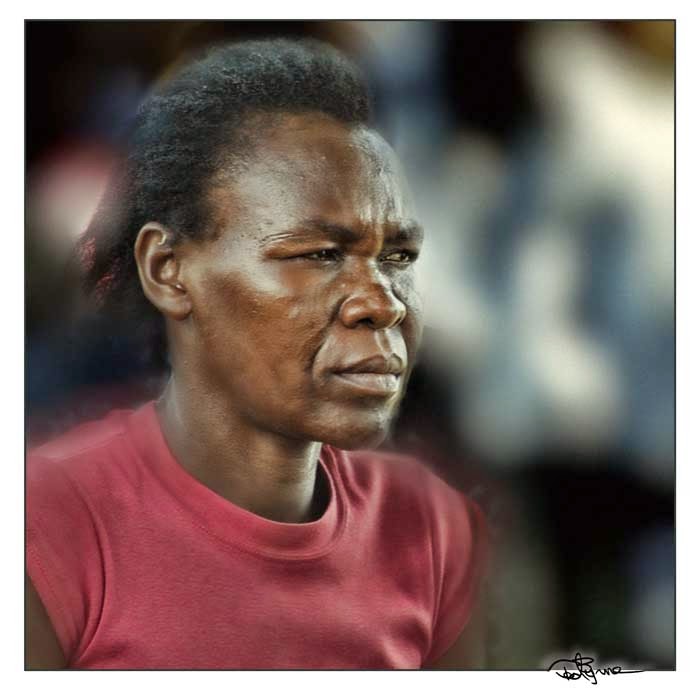 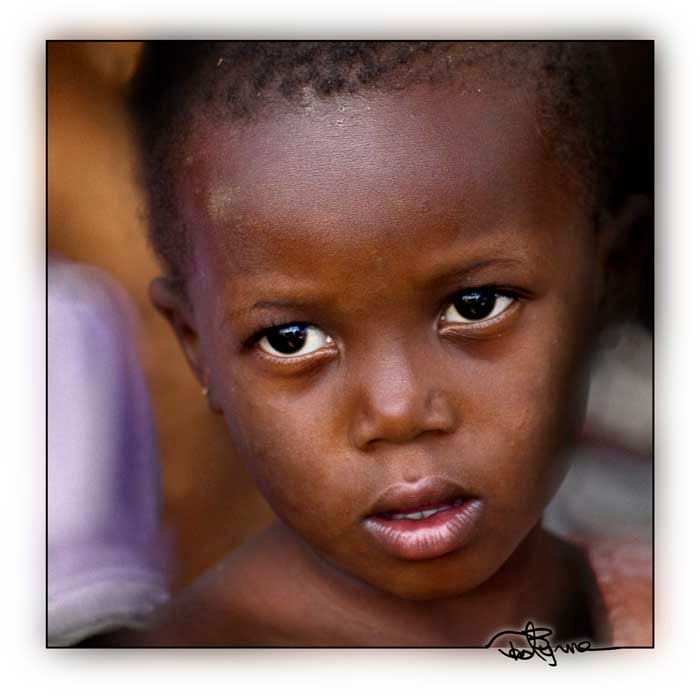 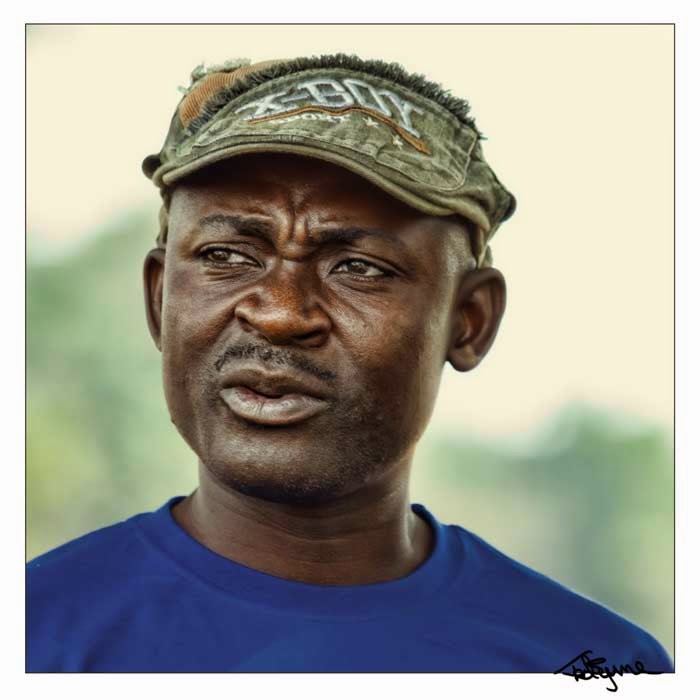 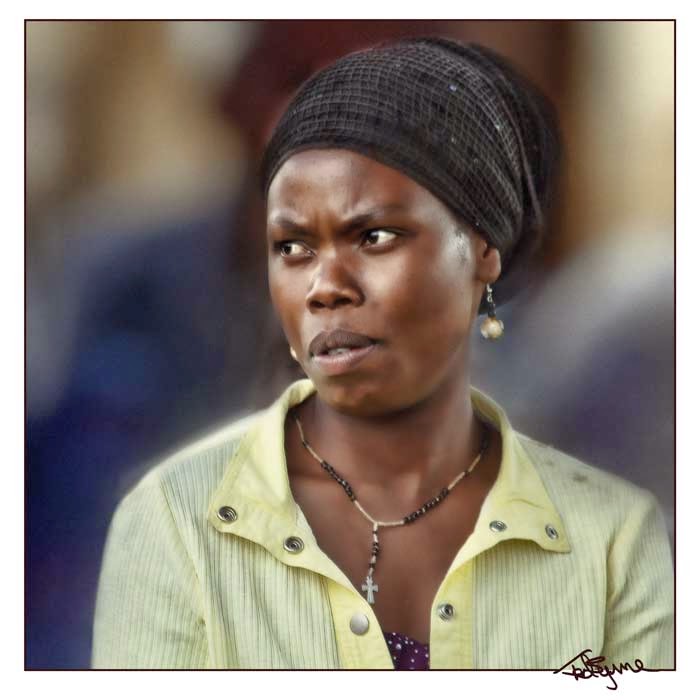 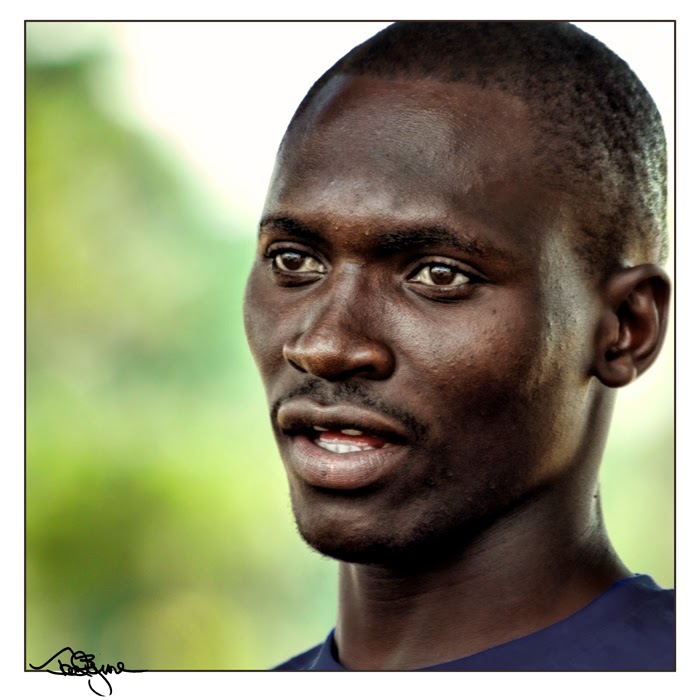 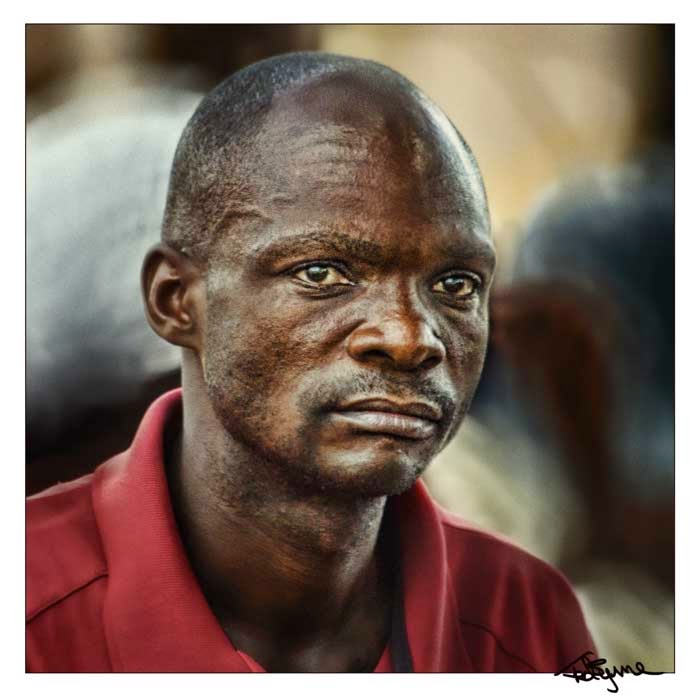 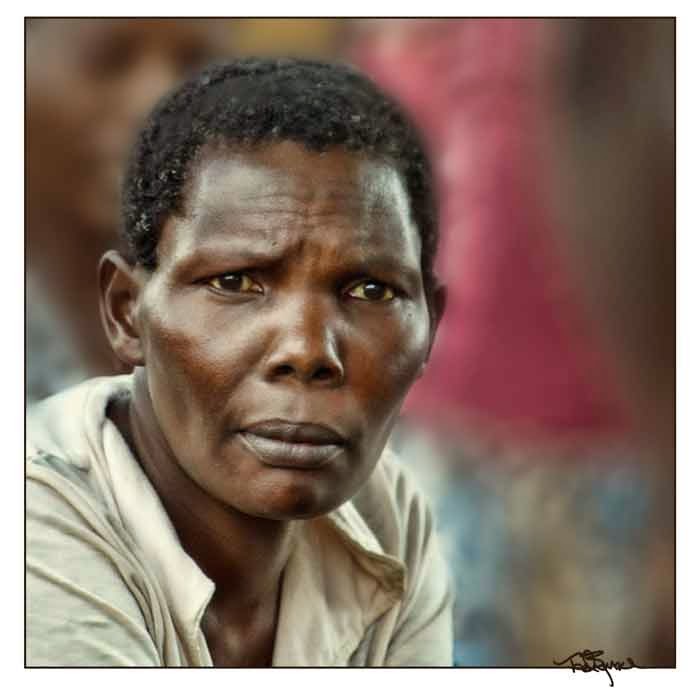 Doesn't every girl want a big brother like this? 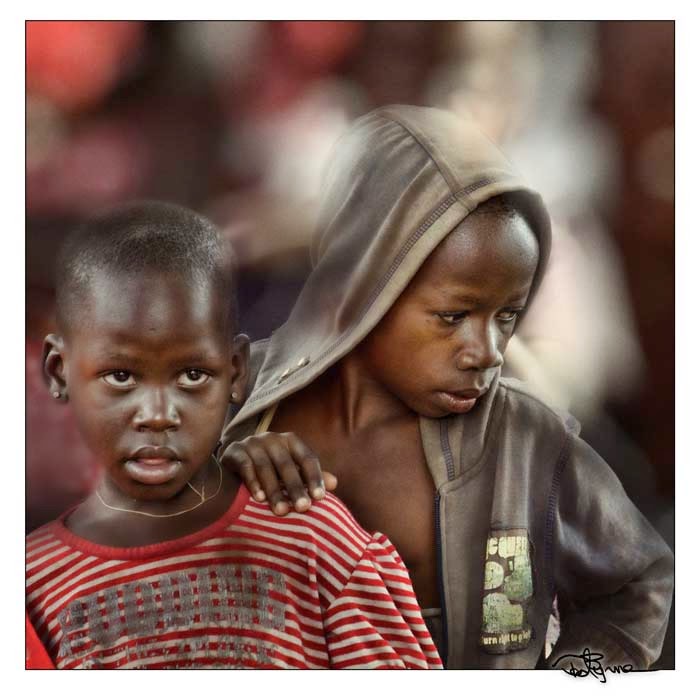 These are farmers and families of the Village of Mytiana, Uganda. 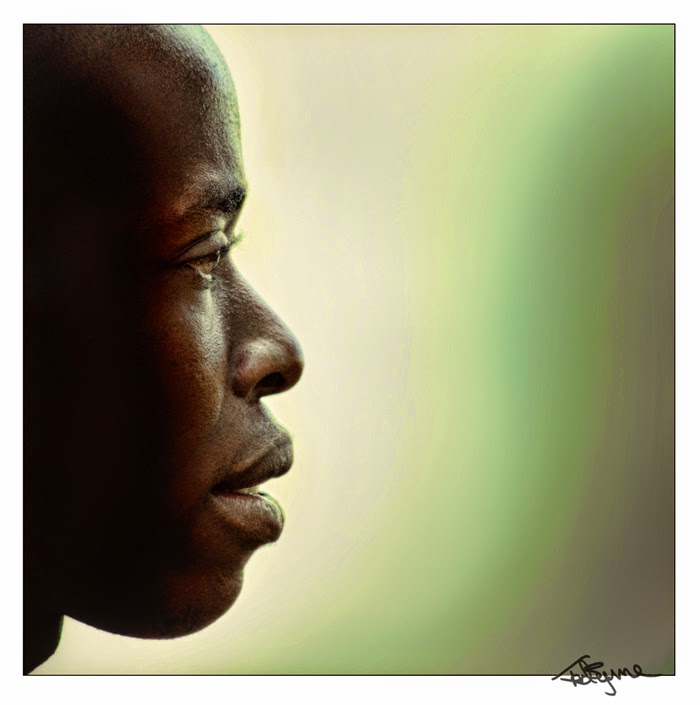 And here's their teacher.

Mityana, Uganda, a couple of weeks ago on August 9, 2014… Here's a butcher shop at mid-day on Saturday. There's something compelling about the grit… the texture… the moody aura of wispy, shimmery, hues.