<- Click here
Wealth from whales
They thought – was
Forever.

Hope unsullied by
Knowledge of
Scarcity
Or pain.

Momentary hope without
Maturity or experience
Is nestled upon
Ignorance.

We vacationed in New England last month, just before flying to Turkey on what was more a business trip. Of course dawn on Cape Cod always sings to me an hour or so before it rises. And it pulls me out to ride or walk the back roads, this morning in Chatham which is on the Atlantic side of the Cape. From the chanticleer above the Penniman House you can see the sweep of Chatham harbor behind me as I took this image.

The old town’s
Ancient port
Bobs atop the
Mediterranean. 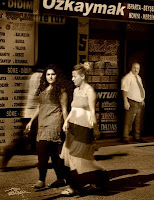 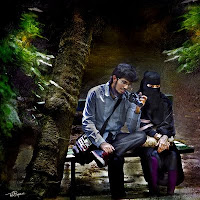 "If only
He’d put away
The damned camera
AAARGH!"

Now of course if he had a Canon, he’d be taking pictures of her, right? 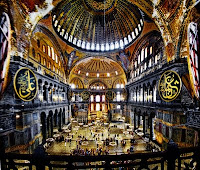 Constantine built it
Fifth century.
Muslim repurposed it.
Now it’s a museum.
Making history is
Making a future…
We are part of
The future’s past.

<- Click here
The morning call
Echoes from
Mosque to mosque.
A soprano melody
Along the city bustle
Melody line.

I took notes – with my Canon. Jotting onto FlashCards: my feelings. And of course in Istanbul, you feel the morning pull you awake. Is the city always sunny? dunno... but we never saw rainy clouds in July anywhere in the country. Of course it was mid summer and it was hot. Surprisingly there were palm trees in Istanbul. Since it sits at about the same latitude as Lancaster, we were told that the weather was comparable. But a palm tree would freeze its coconuts off here in the Red Rose city. Maybe it's because Istanbul pokes into both the Black Sea and the Med that it's warmer in winter? Anyone know?

Notice the buses in this scene. Istanbul has a spectacular public transit grid of mixed buses trolleys and light rail together with a bustling taxi and limo industry. The things are crowded at all hours. SRO... But with maybe 19 million people living in the city, a tad of crowding is expected, huh?

Last point... I tried to make this, at least in part, about the neighborhood mosque where the Imam chants/sings the morning call to prayer. And that is an interesting point. It was explained that while Turkey is a secular nation without a state church, the government does erect mosques and hires the imams who I suppose are sensitive to the um... sensitivities... of the interests of the place from which their checks come? Dunno, but it's an interesting arrangement.Actually the prayer call coming from the loud speakers on most minarets is a peaceful background sound, much like the peeling of church bells.