The Right To Bare Arms? 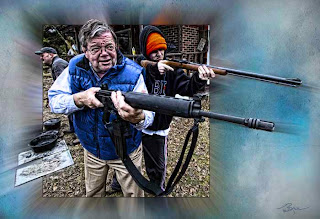 Men2Mountains: 2011... This is the Potter County, Pennsylvania hunting camp. Here's an All-American and an Eagle Scout. The guy in the blue vest's swimming record still holds at William and Mary College... the guy mugging it up in the orange hat's just earned his Eagle Scout. BTW, that's my buddy Chris Herr in that blue vest... Looking healthy and happy just a handful of time back at his Lucky 7 hunting lodge on a chilly morning. S morning FAR to cold to bare anything but fingers. Yep... in that cold it's just not right to bare arms.

Incidentally, the dazzling color's enhanced by AlienSkin's impressive new Exposure4. I used the pre-set for Color Films and applied Fuji Pro 160C... a classic recipe that always popped the multi-chromatic range up. Then I selectively cranked back the red saturation in the skin tones in PS4. The overall effect is POW-erful, don't you think? The tonal range SINGS!

At 10 mm the Canon EF-S 10-22mm imposes a chromatic fringe that needs to be death with in post processing. You can't see it here in the jpg, but when you pop the suckers up... there's a neon effect that's not-pleasantly startling. Still, while it takes a bit of time, it's easily dealt with in PhotoShop. 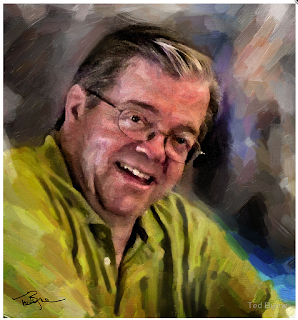 My friend Chris’s body stopped
this morning…
But a spirit in motion
stays in motion. 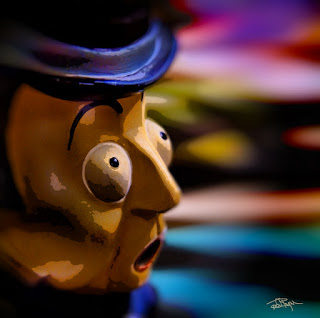 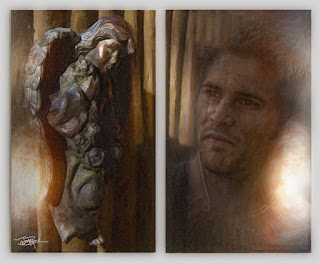 Have you noticed that regardless of its profundity, an idea clearly – unambiguously – rendered is likely to be dismissed as a banal cliché? Critics cherish ambiguity… 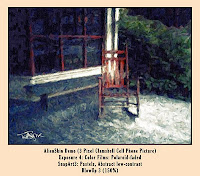 <- Click here
The folks at AlienSkin have asked me to test a number of the pieces of their wonderfully integrated family of filters. The most recent I received is Exposure4 which allows me to mimic the grain/dynamic range of dozens of classic B&W and polychrome films. I've also recently received their powerful upgraded version 3 of SnapArt. Previously I showed you how their BlowUp allows a virtual artist to grow the size of an image with minimal degradation.

So, I grabbed an image I took at at the historic Landis Valley Farm Museum with a 3Mpxl LC cellphone. Then I worked it through the faded Polaroid pre-sets in Exposure3, augmented it farther into a pastel in SnapArt3, then finally blew the small image up 150% in BlowUp3. About ten minutes of work from open in PS4 through posting here. 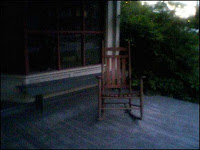