Of course you can click on any image to see it large... 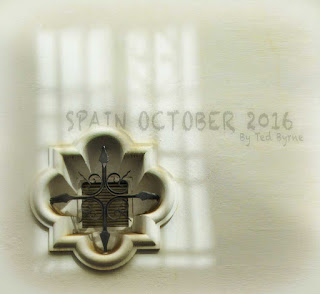 I've been apologizing to myself for getting sick. OK, that's dumb, but both Rita and I were felled during this trip - she got bronchitis, and since I'm more manly, well I grew it into pneumonia... Cough, Wheez... So this was the worst job of photographing I've done in decades. Sorry... sorry... sorry. Grumble.

In the 10th century, Cordoba was among the world's greatest cities. 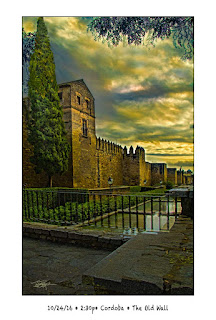 The old city's snuggled behind it's massive ancient curtain wall protecting the colossal Mezquita. This Great Mosque embodied the power of the Islam on the Iberian Peninsula. Starting in the late 700s it was constructed by the Moors for over 150 years with lavish additions in the 10th century by Hakam II. The city was the sultan's citadel with a towering minaret high above all. A minaret which was replaced six hundred years later with this Torre del Alminar bell tower when Catholics reclaimed the city. 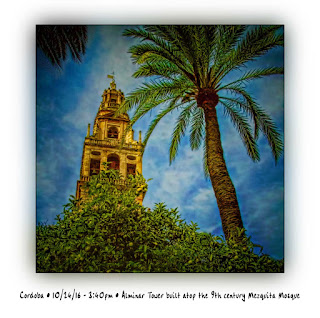 The enormous Mezquita, now the Cathedral of Cordoba, is itself wrapped in a thick wall. Can't help looking at it's secluded rear door without imagining how it allowed dignitaries furtive entrance and exit. 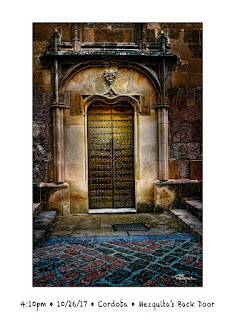 Spain's fabulous wealth allowed first the Muslims then the Catholics cities to compete with increasingly grand mosques, churches and then cathedrals. For example, here in the heart of the Mezquita is the very busy Catholic cathedral's main altar. Overdone? Hmmmm... I'm thinking that if this were music, the best descriptive word could be, um... cacophony. Each succeeding Cardinal must have sought some undecorated niche to stuff still more into this reconsecrated basilica. 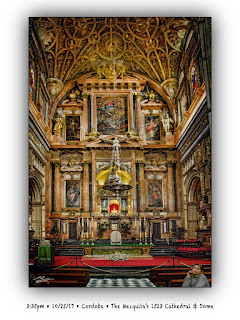 This place reminds me most of a freeway at rush hour... clogged with architect and artist traffic. Maybe it was my fever, but the silently elegant remaining fixtures of the caliphs spoke to me more than the frenetic snarl of the cathedral's decoration. 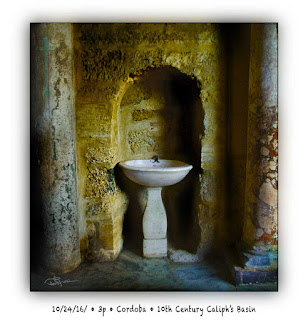 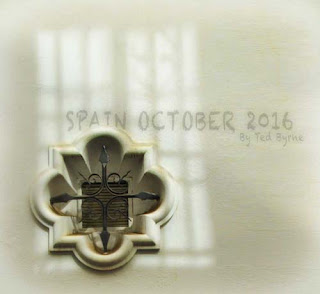 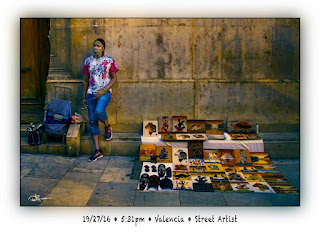 Came across other North African street merchants last time I was in Italy. See the look on the guy's face? Before I could take a second shot, he'd swiveled to face into that doorway. The move seemed casual, graceful as a dancer. But he was hidden.

The work was nicely executed but probably computer stuff that was gone over with brushes. See how similar many of the images are? A man and his wares have probably stood against that ancient wall for centuries. Tough way to make a living from the swirl of passers-by.