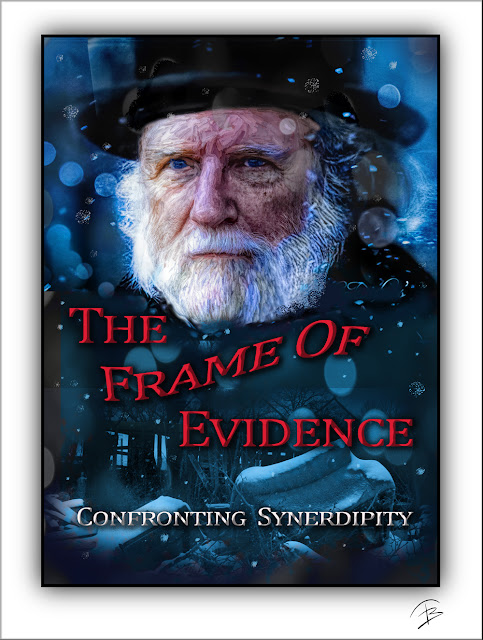 So, how do notions of clean and clutter interact? I mean, minimalists believe that less is more,while that’s me up there in the title image, wondering if more is less?Huh?

The thesaurus cranks out synonyms for minimalism like; essential, austere, basic, conservative, moderate, spare, stark, or unadulterated. While its opposites are; embellished, ornate, lavish, and outlandish.

Giants of photography like Henri Cartier-Bresson hunted Decisive Moments: instants when life’s parts lined up into a meaning. They stalked frames of evidence. Like life: Cartier-Bresson’s stories are intricate yet straightforward. But even with their complexities it’s wrong to think of his images as embellished or outlandish. His parts epoxy together.


Here’s a sense of time, place, culture, and feeling. It’s a novel squashed onto one frame. Genius!

It’s the whole of a concept that makes a meaning. To paraphrase Antonio Salieri’s wonder over discovering Mozart’s hand-written scores in the movie Amadeus, “There are NO corrections, deletions or additions: None!  Add or remove a single note and the entire masterpiece implodes. It is as if he takes dictation from God!”

So? Is Cartier-Bresson a minimalist?

I’m re-reading Michael Freeman’s Fifty Paths To Creative Photography, (IIlex Press 2016), and he’s triggered me to think that life and art are all about, lining things up – where to put stuff. Unlike other artists who could move things where they wanted, before digital it was photographers who had to move around. While it’s still a good idea, now we can move life's furniture in post.

To photographic digital-artists, just as they are to many drawing-artists, what comes out of a camera are reference-images. Many of my artist friends take a series of photo-sketches… that they lug back to clip beside their easels. Some are facial or body expressions, some mood impressions, while many lack the lighting that ignites feelings. Most are simply snapshots of stuff – their photo sketchbook. But they contain the essence of theme for the artist to extract a narrative by realigning the pieces into an inclination greater than the sum of these parts. Which of course is the essence of conceptual art.

Serendipity happens when you find valuable or agreeable stuff you weren’t looking for. Synergy happens when the sum is greater than its parts.  Squoosh the two together and it makes me imagine what Synerdipity might mean. Isn’t synerdipity what the artist does? An artist wills things to relate.

Once at a party I came upon a pair of literature professors wondering if one could think without words. Distractions happened and I never heard their conclusion – Damn! Perhaps they could have inserted “symbols” for “words” so that they wondered if thought had to involve the symbolic: and that thinking was a matter of sculpting an angel from a stone made up of symbols? Do y’gotta’ have a pile of tangibles to arrange into something intangible?

For the moment let’s forget that our Latin/Greek based languages  (the only ones I know enough about to make sweeping statements) are all substantially metaphoric at heart. You know that abstract reasoning is also called conceptual reasoning. It’s an ability to problem-solve by identifying patterns, logic and trends from new data, then to focus conclusions. IQ is an attempt to measure degrees of insightful (or useful) intelligence while EQ is a similar attempt to measure the usefulness of an individual’s emotional tools. Great creators in every field are generally high IQ & EQ. They can CQ (Conceptual Quotient) at astonishing levels.

And CQ is a tool of synerdipity. With or without words, artists reveal patterns. Now, let me digress for a moment.

Regardless of the complexity of their challenge: mathematicians and engineers seek elegance. Which means they abhor clutter. So does an artist’s concept. In his frame of evidence for my conclusion look again at Bresson’s Rue Mouffetard. Think again about Solieri’s  startled reactions to Mozart’s scores. Both those scores and Carier-Bresson’s decisive moments are elegant in the mathematical and engineering sense. They can be condensed no farther.

Their frames are bursting with meticulous meaning without any of the embellished, ornate, lavish, or outlandish which thesaurus-makers say are the antonyms for the word minimalism. They contain only the essential, austere, basic, conservative unadulterated pattern of whole concepts. And yet while we have a word for minimalists there is none for their opposite.

Here're three examples of photographic-based art which I could never have accomplished in a wet darkroom.

Here, look first at a 2007 shot I grabbed when a street carnival opened in a small Lancaster park.

The reference image showed a Ferris Wheel’s empty cages juxtaposed against flashing lights and a grey rain-stained sky. But the final image brought those lights and carriages together into a surreal feeling backlit by impossible heavens.

Second in complexity here is a 2013 Dublin street capture – well actually two snaps. The first one was of street facades which, upon close inspection, showed lingering ravages of the real estate collapse of 2008. See how these are X-ray buildings? You can look right though them as most of their floors were empty. The second, which I placed in the foreground involved a mother and pram against a poster’ed wall. This second of the two suggested hope which was now both placed in front of, yet walled off from, both the immediate and distant past.  Again matching the dynamic (and depth of field) range of these two disparate photo-sketches into this seamless collage was a darkroom impossibility: Synerdipity.

And finally, look here at “Time Ravages All Roses”

Yeah, the reference pix were stark. The coffined background was captured in a Dublin mausoleum, while the taxidermy monkey stood years earlier on an antique shop’s dusty shelf in Beaufort, South Carolina.  I found the back wall beneath an Amsterdam bridge.

Complexity grows among these three images. “Air Chairs” involves one reference image, “In Sunshine or in Shadow” two, and “Time Ravages All Roses” a bundle of stuff. But just as “Rue Mouffetard, Paris” demands all of its component pieces to complete its narrative, so too do the three images that follow. None of the reference images stood alone. It is their juxtaposition which adds sufficient detail to tell their stories.

Mathematical elegance does not require fewer equations, but rather the fewest components to prove a premise.  I suggest that minimalism in conceptual fine art photography demands sufficient pieces to convey a unity of both complex thoughts and feelings. Which means adding stuff until (but not beyond) the narrative’s need for clarity. Which means that in conceptual fine art, more is necessary until the point is made elegantly. See what I mean? CQ is the tool of synerdipity.

Perhaps synerdipity’s the word for that which is definitely not Spartan, austere, spare or stark, yet not outlandish, decorous, ornate, lavish, or outlandish. Is the frame of evidence opposite to minimalist that carries none of those pejorative overtones synerdipidist?

Just wrestling with the synerdipity of art, y’know?


Sometimes I feel less like a spectator than a speculator about my feelings. You get that, right? I wind up, not so much presenting facts as representing emotions. Someone told me that speculation is a necessary condition of artistic creation. Andrew Wyeth, for example, represents ideas as feelings. His work shows misty colors that a hand-wave might swipe away... along with the moment.


GEEK STUFF: Shot of the Arno grabbed with my Canon 60's  EFS 17-85mm lens. Hand-held at about 7:30am in the very early Fall of 2007. Processed in PS-CC and Topaz Clarity to enhance the dynamic range of the curtains. Our second floor apartment was on the Lungarno Ameriga Vespucci about 4 blocks down-stream from the Ponte Veccio.