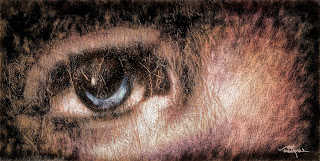 D'jever own a business? Or howzabout becoming a CEO? No, don't mean Apple, or Monsanto. Think "Massey's Plumbing", "Acme Rolled Steel", "Ramco Construction", or "Wendy's Yummy Burgers".  You've got employees. Almost everything you own's tied up in the place. A few times before the economy finally turned around you've foregone your salary but recently sales have spiked. Payroll happens twice a month. It's two days from now. Your sellers have done a decent job and receivables are there. But there's a reason they're called "receivables" and you need payroll cash now! Customers are riding your credit.

The new year's just begun... New laws have clicked into place. The minimum wage's going to leap up almost forty percent. Some nice but unskilled and marginally educated kids you hired last year have just about learned their jobs... but 'just about' means their hard-learned productivity's almost finally covering the old minimum. But that's way short of this new mandated increase. And customers aren't paying you in 30 days, more like 40. So you've got their IOUs, but IOUs won't pay employees... in two days....

Tossing, turning, you wonder.... "Don't politicians realize that a minimum wage is a tax on labor? On the least productive labor? You might make payroll if you forgo your own... maybe. And you'll call your customers to try to wheedle their payments. Sometimes that works, but they'll worry about your business, which won't help sales.

"Don't politicians realize that when you tax something it's more expensive? And that.... that means you can't afford as much of the taxed product or service? Don't they realize that they've made the least talented workers so much more expensive to train? And to carry them while they're being trained? So what? Firings? Will that scare your better workers away? How'll you keep them? By adding 40% to their wages without any corresponding increase in their productivity? OMG!?"

The bed's lumpy: Sheets getting sweat-damp... Two days. "Maybe if you held onto the payroll taxes for a little while?" you wonder. "You could pay them just as soon as... as...But if you're caught???  Your government 'partner' will consider that stealing. Burley men with guns will get dispatched. Labor's a big hunk of your costs. What happens if you jack up prices enough to cover all of this? How much business will you lose? More than the costs?

"Why don't media people reveal that government's taxing the most fragile workers - making them more expensive? Third graders know that when the price of something rises, quantity demanded drops! Maybe it's difficult to make reporters understand something when their own pay-checks depend upon not understanding it?

In just a couple of months those great kids you hired last year will be finally competent and carrying their load. But that was the old load, before the new minimum wage tax on their labor. Even if you can keep the doors open, and raise your prices... Will those kids be that more productive? Is it time to replace them with machines? Where'll you get that money?

"Machines won't take vacations, or family leave," you mutter from the darkness of your bedroom.  "Machines won't take sick days or need terrifyingly expensive health care, OASHA,  FDIC, OSHA, insurance, and retirement benefits.  Even before the new minimum,  a $30,000 a year worker costs you $40,000 with all of these costs - but then their own withheld taxes only let them take about $22,000 home. $40,000 so they can hold onto what? $425 a week? And the replacement machine installed costs $38,000 total - and it'll last what? Five years?

"There's a simple alternative." you realize. "If society wants to encourage work especially among low productivity citizens, deploy a negative income tax. Employers then are subsidized to hire and train new workers and those costs are absorbed by everyone. No subsidy is needed for workers whose household incomes are above poverty levels so a negative income tax targets the least prepared, least productive entrants. More importantly, unlike a mandated minimum wage, its impact does not fall disproportionately upon startup or small businesses, nor does it subsidize higher income households. The problem is that the subsidies would have to come from tax collections which politicians don't want to pay, especially when they can force employers to do it.

GEEK STUFF: My Canon 7D found that eye up above on a wall in Belfast. I pulled out that detail and enhanced it a lot in PSCC-2019 until it matched the narrative minimum wage headlines triggered. How many nights did my eyes pop open at 3:14 on dark mornings a couple of days before payroll? Business comes with risk, and profits are the reward for taking it. But the time between investment and profit is not only measured in years, but in payless paydays and sleepless nights for owners. Which is why they're called owners:  they own middle of night fear.