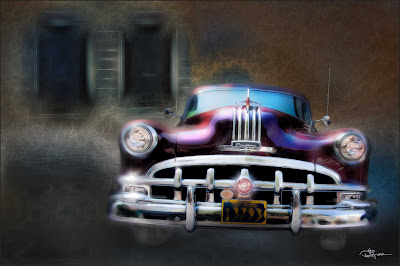 Are all images fictional? Okay, maybe not snapshots. Perhaps they are the only virginal captures of reality? Or at least past reality? Maybe the phone-grab clicked off with as little pre-processing thought aren't the imagining of an artist? After all, all art is fiction, right?

Wikipedia defines fiction: "Fiction is content, primarily a narrative, that is made from imagination, in addition to, or rather than, from history or fact."Dictionary.com defines it: "The act of feigning, inventing, or imagining."Websters.com says that fiction is:  "Something invented by the imagination or feigned."

Say you move around a subject to avoid some background annoyance, a telephone pole, annoying single, wires... Or you move to include Uncle Joe, intriguing signage, or maybe the Acropolis behind Mom. It's called point of view, right? POV. Have you feigned, invented, or imagined some "improvement" which is to say imposing your ideas or feelings on reality. Now, how about DOF... depth of field. You crank open a lens to compress away a background into a bokeh-glimmering setting. Then what about cranking out the zoom to crop away things inconsistent with your idea or feeling of the moment? Screw on a polarizing filter to create a dynamic range invisible to the human eye? Then twist down the camera speed to capture a blur in say a waterfall that's not captured by the human retina?

Now, what about lighting? If you stab through the gloom with a flash, or by goosing the ISO to peer into gloom where a person cannot possibly see. Now NONE OF THESSE TECHNIQUES involve post processing. I can add to the list, can't you? I mean just the choice of lens, camera body, or tripod support imposes the artist's imagination upon the image.

And what about pre-processing? Makeup (which are pigments of the imagination)?  Costume? Set design? Or travel to a specific location at a specific time of day/season, etc.? Forget the post processing upon Caitlyn Jenner's iconic Vanity Fair cover, howzabout any of Annie Leibovitz's "portraits"? Again, ignoring the post processing on her work, her budgets for; set, wardrobe, hair, cosmetology, and cast (human and animal) are all focused upon pre-processing... processing before the various things I discussed up above that happen consequent with the shutter getting snapped.

Now, let me get to the image up there... That 1950 Pontiac parked menacingly in the night in front of ... In front of... What? What's it mean? A snapshot it ain't, right? Or well, is it? How does it differ from the snapshot that's preprocessed, processed consequent to the shutter click, and then post processed through some software either in the camera, or by a software that 'enhances' the dynamic range or cropping at the click of a button?

So, welcome to the most honestly named photo blog on the internet :-) Right?

Yes, images are works of fiction. Just by omission they are works of fiction. It's maybe possible that some images are more fictitious than others. While you can't be a little bit pregnant you can be not far into a pregnancy. However it is said that reality is fiction or more to the point, the brains interpretation of reality is fiction. A few recent studies seem to indicate that reality can't make sense in its raw form so the brain creates a user interface that allows us to manoeuvre and operate within reality. So if we consider this possibility does that make images fictional accounts of a fictional interpretation of reality or does it make them a realistic representation of a fictional interpretation? I don't know but maybe I've had enough wine for one night.

Or... fiction is a work of reality? I know, I have purposely confused the word fiction with the concept of subjective. Once one buys that equality, well, NOTHING is objective. And if objectivity is a necessary condition for reality, well.... :-)
.
Which is sort of what got me to thinking about my post called "Rights" at
.
http://imagefiction.blogspot.com/2015/07/rights.html